The Baker and the Chef 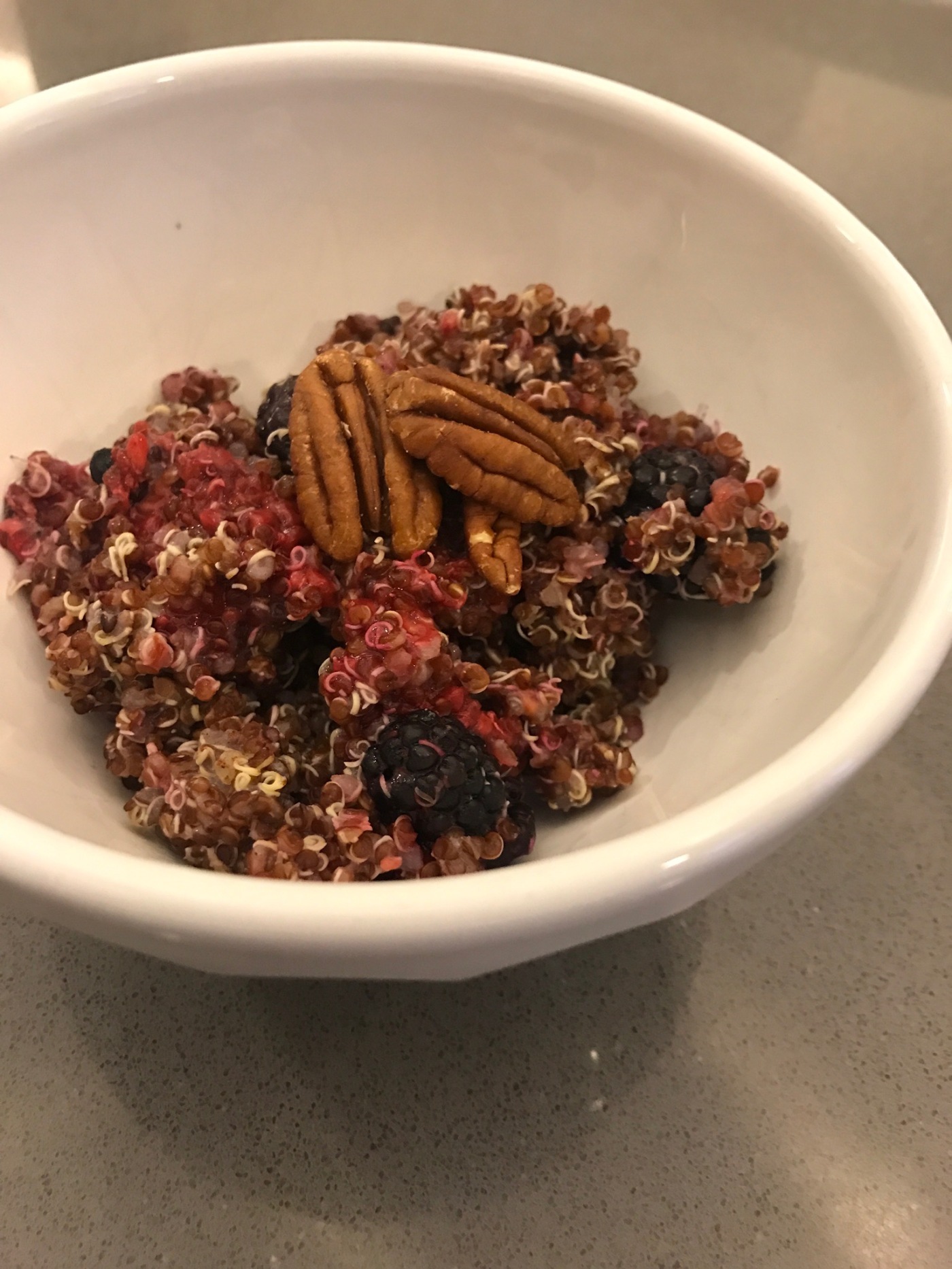 The quinoa makes a nice alternative to oatmeal — delicious with the berries, a little maple syrup, and toasted pecans.  Don’t forget the pecans or some other toasted nut on top.  See my advice notes for making this from plain leftover quinoa.

This is a vegan variation of a recipe from the blog 101 Cookbooks, whose author got the recipe from John La Puma‘s book, Chef MD’s Big Book of Culinary Medicine